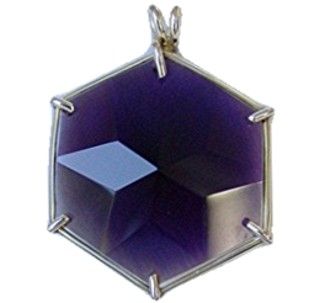 This a genuine Vogel Cut Flower of Life Stone in magnificent Purple Siberian Quartz Crystal. Part of the world famous collection of powerful Vogel pendants.
Price:
NZ$ 246.00
Out Of Stock

This is an exciting new cut with very magical properties. The front of the stone is faceted with a six petal flower with an identical flower juxtaposed on the back - creating a 12 pointed star. The energy is one of being surrounded by the abundance and joy that life has to offer us. This magnificent cut has exceeded our expectations by out selling the Star of David in the last year.