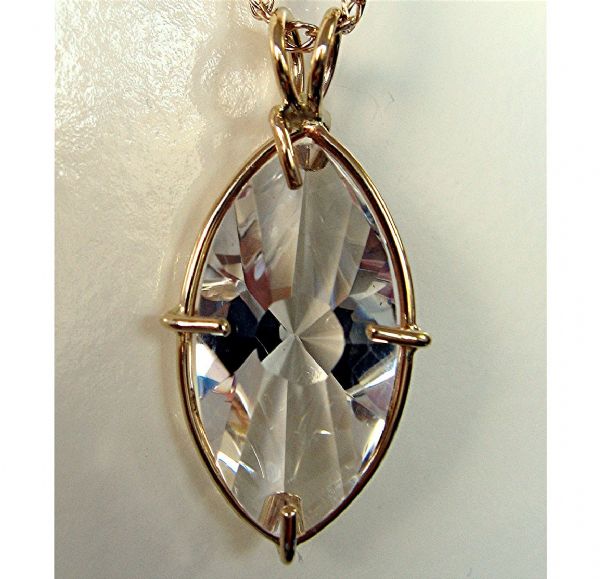 This a genuine Vogel Cut Clear Quartz Infinite Eye Stone mounted in 14K Gold, a superb example of a Vogel Pendant.
Price:
NZ$ 372.00
Out Of Stock

THE INFINITE EYE™ PENDANT
Celebrates the geometry of the ancient symbol of the Infinite.

Heralding interconnection of the boundless universe and the mirroring principle: "As above, so below." This cut helps to place the center of infinity within our hearts and minds, the infinite flow of "All That Is", centered in Love, becomes our daily companion.  Consciously using this tool for maintaining your personal connection with your Higher Self (The Holy Spirit) will assist you in "seeing" your way to compassion and forgiveness, accelerating Spiritual Growth.